Code of Conduct for Mauritius Elections 2010

The General Elections in Mauritius are to be held in this year (2010), the date most probably to be announced on 1st May. The local newspapers and media are following the probability of any Alliance in the days/ weeks to come. The electoral mood is here and fast approaching, with the speculations of the current PM being relected for a second consequtive mandate. As this question has already been asked in a blog post concerning Mauritian Election, the main event of 2010,

If there will be a code of conduct having legal force for the forthcoming general elections.

this blog post ties to  focus a bit on this matter.

According to Deepa Bookun’s article on: Code of Conduct, the Failed test, The Electoral Supervisory Commission ( ESC) launched the country’s first ever code of conduct for candidates running for elections on 10th February 2009. The code was prepared following the Supreme Court judgment – and the subsequent Privy Council confirmation of same – which strongly encouraged the ESC to prepare such a code. The code of conduct for the “ election of one member to serve in the National Assembly for the Constituency of Quartier- Militaire- Moka” was a test case. A test case to decide whether there should be a legally binding code of conduct for the next general elections. The Code of Conduct for the By-Election for Constituency No. 8 can be found on the Electoral Commissioner’s Office website.

Another interesting article by the same journalist on the subject matter is: Code of Conduct, I promise to be honourable . As highlighted, the main problem remains: Enforceability. The code does not form part of the Electoral laws yet and was not meant to regulate but to guide candidates for the elections in Q. Militaire-Moka. 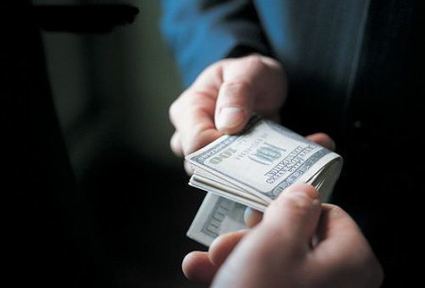 Let us consider the hot topic of : Financing Political parties and of Candidates running for election!

Transparency Mauritius submitted proposals to the Mauritian Electoral Supervisory Commission in connection with the coming general elections which include a model code of conduct on the financing of political parties and electoral candidates. The proposals have the 3 major parts:

Highlights from Part 1 – Proposals for the Transparency of Elections on the Financing of Political Parties and Candidates :

Limitations on Expenditures and Contributions

My personal opinion is that: Mauritius is a mixed economy, with the majority of the enterprise systems owned by franco-Mauritians or sino-Mauritians. Financing of political parties remains an undercovered issue since parties do not publish their accounts and make statements like ‘ yes, for 1st May gathering, financing the transport remains a major issue in our budget’. We need to obtain more transparency on the financing strategies of political parties in Mauritius which need to be in a fair and just manner. It is not to be seeking the help of Capitalists during such particular time so that such type of promise is given “when we are in power, you will be suject to favouritism”. The proposal submitted by Transparency Mauritius needs to be seriously taken into consideration by the Electoral Supervisory Commission as it makes sense to organise elections with a sound political party funding.

This entry was posted on 14 March, 2010 by Ashesh. It was filed under critical thinking, Economics, Sociology, That's Life! and was tagged with Mauritius.