Nintendo Wii, xBox 360 or Playstation 3 to buy in Mauritius?

Well currently I am in a dillema, i dont know which Game Console to buy in Mauritian Stores.

Just I like any internet guy? i went on Amazon.com to view the price and models of the Video Games. I was willing to purchase bundle pack of Nintendo Wii Fit Plus. However, Amazon.com does not ship to Mauritius 😦

After a tweet reply on this problem, I tried Amazon.co.uk, but same shit !

So, I walked into a showroom of Courts to view the console on sale.

And now I am tempted to take XBox 360 with Kinnect. 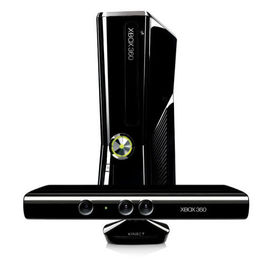 I am very willing to Motion Gaming which seems pretty cool to bring some entertainment at home and even better make your body move instead of office couch potatoes.

I wanna play Just Dance 3 to get started with!!

Do you know any place in Mauritius where the game consoles are on sale as well as different games (Super Mario etc)??

I have heard of Courts at Bagatelle Mall of Mauritius having xbox 260 and Nintendo Wii Sport. I will go have a look tomorrow.

Futhermore, at Rose Hill, in the building where there is Courts, in the first floor, there is the sale of video games, as well as video consoles, I think.

Finally I purchased my XBox 260 with 250 GB and Kinnect Sensor at Shalim Shop, Sir Edgar Laurent Street, Plaine Verte Port Louis. Its a nice small shop  but very well reputed in Mauritius for Gamers. On the fine saturday morning of 19 May, I managed to locate the shop (in the road where this is Plaine Verte Islamic Cultural College).

I entered the shop which was a modern one and which is like a fantasy for Gamers: Playstation, Nintendo, Xbox.

I purchased my first Game Console and mostly appreciated the advice and demo of the console by Salim himself and by his staff. As bonus, I received 5 Free Games!

Am really enjoying the xBox experience especially with the KINNECT SENSOR!!

Its awesome to play Motion Games like Kinnect Adventures, The Black Eyed Peace Experience, Zumba Fitness Rush and last but not the least MAX PAYNE 3

This entry was posted on 10 May, 2012 by Ashesh. It was filed under Gaming and was tagged with gaming, nintendo, playstation, wii.